I’ve never done mini reviews before. I’ve seen them on a few other blogs, but for whatever reason I’ve never tried them. Today I am! The reason that I’m doing these three is because they are three books in my last library haul, and they’re all three stars. So it makes it easy. 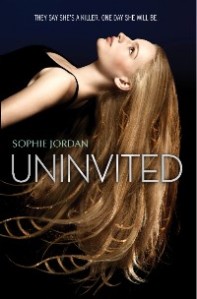 When Davy Hamilton’s tests come back positive for Homicidal Tendency Syndrome (HTS)-aka the kill gene-she loses everything. Her boyfriend ditches her, her parents are scared of her, and she can forget about her bright future at Juilliard. Davy doesn’t feel any different, but genes don’t lie. One day she will kill someone.

Only Sean, a fellow HTS carrier, can relate to her new life. Davy wants to trust him; maybe he’s not as dangerous as he seems. Or maybe Davy is just as deadly.

I’m not quite sure what genre this book is. It’s kind of dystopian, kind of urban fantasy, kind of a lot of things. But it’s also something I can see happening in the future. The idea is is that every murder, every homicide, any time some picks up a gun or a garrote or even just their fists and tries to kill something, they have a special gene. It’s called the Homicidal Tendency Syndrome. Davy has HTS. She was a straight-A student, had a boyfriend and a promising future, up until she got her test results back. Her best friend turns against her. Her boyfriend figures that since she’s lucky he’s still dating her, she should willingly and happily fall into bed with him.

It’s interesting, and I’m not sure if this is the point that the author is trying to make, but you see throughout the book how people with HTS are treated. They’re beaten, yelled at, treated more like animals than living, breathing, hurting humans. They’re abused, they’re sent to prison for the smallest things. In order to try and stop violence, more violence is happening. But since they’re HTS carriers, no one really cares.

This book was odd. Very little world building, a bit slow in places, and Davy was a very weak character. All the things that would normally make me set a book down. But I just. kept. reading. I have no idea why. 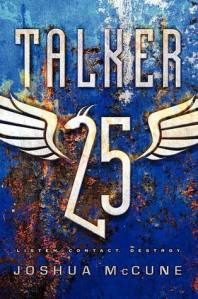 It’s a high school prank gone horribly wrong-sneaking onto the rez to pose next to a sleeping dragon-and now senior Melissa Callahan has become an unsuspecting pawn in a war between Man and Monster, between family and friends and the dragons she has despised her whole life. Chilling, epic, and wholly original, this debut novel imagines a North America where dragons are kept on reservations, where strict blackout rules are obeyed no matter the cost, where the highly weaponized military operates in chilling secret, and where a gruesome television show called Kissing Dragons unites the population. Joshua McCune’s debut novel offers action, adventure, fantasy, and a reimagining of popular dragon lore.(Synopsis taken from Goodreads)

THIS BOOK WAS SUPPOSED TO BE ABOUT DRAGONS. That is what I wailed when I finished it. You would think from the synopsis that dragons would be a huge part of the book, right

Now, don’t get me wrong, there are dragons in this book. JUST NOT ENOUGH. There are plenty of dragons mentioned, and our heroine, Melissa, does chat with a few, but for a book that was supposed to be about dragons there were sadly few.

Melissa was a weak main character. Not enough development, too much flip-flopping with her personality, stuff like that. All the characters felt under developed, really.

So why does it have three stars, you ask? For an interesting idea and an ending. If the entire book was like the ending, this book would be amazing, fantastic, and FULL OF DRAGONS. 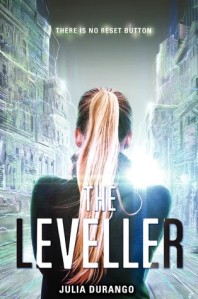 Nixy Bauer is a self-made Leveller. Her job? Dragging kids out of virtual reality and back to their parents in the real world. It’s normally easy cash, but Nixy’s latest mission is fraught with real danger, intrigue, and romance.

Nixy Bauer is used to her classmates being very, very unhappy to see her. After all, she’s a bounty hunter in a virtual reality gaming world. Kids in the MEEP, as they call it, play entirely with their minds, while their bodies languish in a sleeplike state on the couch. Irritated parents, looking to wrench their kids back to reality, hire Nixy to jump into the game and retrieve them.

But when the game’s billionaire developer loses track of his own son in the MEEP, Nixy is in for the biggest challenge of her bounty-hunting career. Wyn Salvador isn’t some lazy kid looking to escape his homework: Wyn does not want to be found. And he’s left behind a suicide note. Nixy takes the job but quickly discovers that Wyn’s not hiding—he’s being held inside the game against his will. But who is holding him captive, and why?

Nixy and Wyn attempt to fight their way out of a mind game unlike any they’ve encountered, and the battle brings them closer than either could have imagined. But when the whole world is virtual, how can Nixy possibly know if her feelings are real?

Gamers and action fans of all types will dive straight into the MEEP, thanks to Julia Durango’s cinematic storytelling. A touch of romance adds some heart to Nixy’s vivid, multidimensional journey through Wyn’s tricked-out virtual city, and constant twists keep readers flying through to the breathtaking end. (World’s longest synopsis taken from Goodreads)

First of all, the name of the virtual reality world is completely and utterly stupid. Why the “MEEP” of all things? What about the “SWORD” or the “SIM” or the “VRW” or something. “MEEP” makes me think of my brother and his best friends when they’re trying to annoy someone.

Bad name aside, the MEEP actually sounds pretty cool. And our heroine, Nixy, knows pretty much every corner of it. Both her mom and dad work on stuff for the MEEP, so she gets to do test runs and learn codes. On top of that, she can get $100 dollars just by going into someone else’s world and dragging them out. But Wyn’s going to be different. He doesn’t want to be found.

Yes, this idea was interesting. The first half of the book peaked my interest, had plenty of build-up, and hinted at cool things later to come. But around 50% through, it kind of stuttered and slowed. It didn’t stop, but it slowed. Every once and a while there would be something interesting happen and it would speed up again, and then it would slow again. It was like getting stuck in traffic.

But the ending was actually pretty decent, if a bit fast, and I enjoyed this book, even if I didn’t adore it.

And that is the end of my mini reviews. All of these books are

Meanwhile, I am attempting to teach myself photography for my new Tumblr, and I also have the strangest desire for dried apples. Speaking of food, my diet in the summer gets kind of weird. Like, a few days ago I had a can of black olives and a mini gatorade for breakfast. My mom figures that as long as I’m eating I’ll survive, so she just kind of lets me do my thing.

I think it’s partially ’cause it’s hot, and I don’t function well in heat. Considering that I’m Hawaiian, it’s kind of ironic, but I was also raised in Seattle so I have an excuse.

I am also attempting to write a contemporary novel. //gasp!

I know, it’s not really my usual style (my usual style is oh, you like this character? Let me kill them for you! And also add a ton of blood to this scene!), but I’m excited about it, and it’s so fun writing a snarky main character. What are your writing misadventures as of lately?