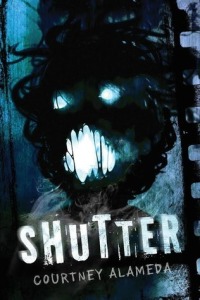 Micheline Helsing is a tetrachromat—a girl who sees the auras of the undead in a prismatic spectrum. As one of the last descendants of the Van Helsing lineage, she has trained since childhood to destroy monsters both corporeal and spiritual: the corporeal undead go down by the bullet, the spiritual undead by the lens. With an analog SLR camera as her best weapon, Micheline exorcises ghosts by capturing their spiritual energy on film. She’s aided by her crew: Oliver, a techno-whiz and the boy who developed her camera’s technology; Jude, who can predict death; and Ryder, the boy Micheline has known and loved forever.

When a routine ghost hunt goes awry, Micheline and the boys are infected with a curse known as a soulchain. As the ghostly chains spread through their bodies, Micheline learns that if she doesn’t exorcise her entity in seven days or less, she and her friends will die. Now pursued as a renegade agent by her monster-hunting father, Leonard Helsing, she must track and destroy an entity more powerful than anything she’s faced before . . . or die trying.

Lock, stock, and lens, she’s in for one hell of a week. (Synopsis taken from Goodreads)

The Helsing Corps only showed up when someone didn’t stay dead.

First of all, look at the cover. LOOK AT IT. It is the creepiest, best (bestest?) cover I have seen as of late. And it’s got the ghost and camera film AND I LOVE THIS COVER, OKAY?

Now: Let’s start with Micheline. Our MC. She’s a smart, calculating, if a bit impulsive teenager who just happens to be a Reaper, or a ghost hunter. On top of that, she’s also a tetrachromat, a person who can see and ghost’s auras in terms of color. Most people need a special type of goggles to be able to see the ghosts, but not Micheline.

Really, the whole mess starts when Micheline and her team (Oliver, Ryder, and Jude) get a call about a ghost who’s terrorizing a local hospital. They’re supposed to wait for help, but Micheline knows that the longer they wait, the more people will be killed. So she runs forward, armed only with her camera. And the camera should be enough.

But it’s not. And now Micheline and her three friends are infected with what’s called a Soulchain, and after a week passes, they -you guessed it- all die. The only way to survive is to “kill” the ghost, and no body knows how to do that. The anti-mirrors don’t work. Bullets don’t work. Micheline’s camera doesn’t work. They’re in the dark.

I think one thing that made this world feel real was the science behind it. Everything was explained! From the camera film to the anti-mirrors to pretty much everything, you really get why some things worked and some things didn’t.

And I also have to mention the romance. As soon as I found out that her team was three boys, I groaned aloud, completely expecting this to be one of those weird, this-girl-is-beautiful-and-everyone-thinks-so-and-is-in-love-with-her romances, but it’s not. The romance is hinted at, teased, and by the time Micheline and Ryder actually kiss, it doesn’t feel forced, like it’s just thrown in there so she has a love interest.

And this book, while maybe not exactly horror, per say, is definitely creepy. The human-corpse scorpion gave me the creeps, for one.  There were also a  couple of X-Files references slipped in, which I enjoyed, as well as a few from classic horror novels.

The writing did feel a little bit clunky in some parts, which is why I’m not giving this five starts, but this was still a completely enjoyable read, and one I recommend.

So! Are there any other horror lovers out there? And what do you think of a good ghost story? And, do you love that cover as much as I do?

In other news, I get to go to the Fair today, and possibly get to go to a Star Trek exhibit within the fair if I can convince my friend to spend the extra eight bucks to see it. Sadly, I’m thinking I will not be able to. The problems of being the only nerd in your friend group…but I still get funnel cakes, so that’s a plus.